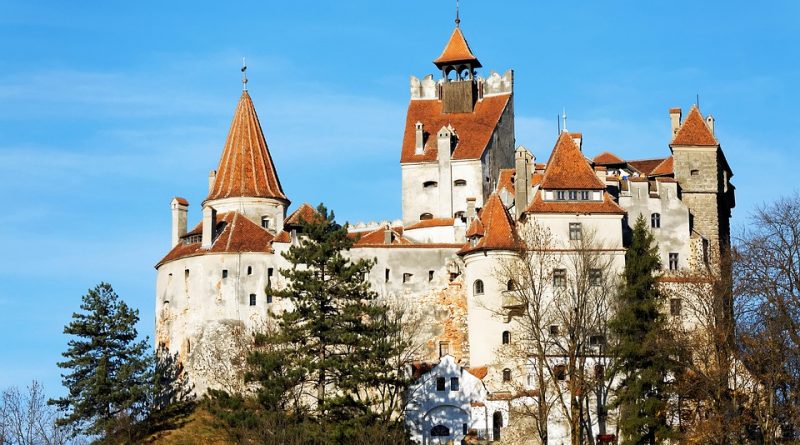 The Mystery of Transylvania

Arrival in Bucharest`s Airport, where the guide is waiting for you. After a refreshing break, you can take the city tour to discover the atmosphere of the “Little Paris” with its main attraction points: The Press House, the Kisselef Boulevard, The Arch of Triumph, the Victoriei Square, the Victoriei Street, the Revolution Square, the Cotroceni Palace, the Palace of the Parliament and other old streets like the Lipscani Street. The Palace of Parliament –the second largest building by surface area in the world after the pentagon in USA- can also be visited inside. Accommodation in Bucharest.

After breakfast – departure to the mountain resort Sinaia, also called “the pearl of the Carpathian Mountains”. Visit the Peles Castle, constructed in 1873 as a summer residence of the Romanian royal family. You can see a rich collection of old furniture, carpets, weapons and armors. From Sinaia we go to Bran village, where the world-famous Dracula castle is located. It is the most curious part of the trip in Romania, which attracts thousands of tourists from all over the world. City tour of Brasov – a medieval city, founded in 12-th century. Sightseeing tour of the really good preserved historical city center with the big square, the old city-hall, and the Black Church – the main Gothic style monument in the country.

In the morning, we departure towards Sibiu. We drive to Sighisoara (Schässburg) one of the most beautiful medieval towns in Romania – a UNESCO city. City tour of Sighisoara with visit of the Citadel – a 12th century Saxon edifice located in the historic center of the city. Still occupied, the citadel is listed as a World Heritage Site. In Biertan we will visit the fortified church, which previously used to be the Bishops’ residence for more than 300 years. Biertan – one of the most important Saxon villages with fortified churches (XV-XVI century) in Transylvania, having been on the list of UNESCO World Heritage Sites since 1993.

In the morning, we take a city tour in Sibiu/Hermannstadt – the European Cultural Capital 2007. The city was Cultural Capital of Europe in 2007 and in 2011 was listed in the famous Guide Michelin Green 3 stars, being called the “Little Vienna-city which must be visited”. A rich cultural agenda in Sibiu annually brings all the best from the world of performing arts, film, music, dance and traditions. Sibiu certainly has no room for boredom; it’s a pleasure to explore and discover one of the most famous historical and cultural centers of Romania. We drive back to Bucharest via Oltului Valley. Accommodation in Bucharest.

NOTE: In the period Juy – September we can drive on the Transfagarasan Road – the highest altitude pass road. You will discover the beauty of the glacial Balea Lake (2034 m), Vidraru dam lake. The Transfagarasan mountain road is one of the most spectacular roads in the world. Located in Romania, it runs trough Fagaras mountains and it represents a challenge for every driver because of its sharp hairp in turns. Built between 1970 and 1974 by the military forces, the Transfagarasan has more tunnels and viaducts then any other road in Romania.

Free museum days in Bulgaria
Every year Bulgaria takes part in the European night of museums. More than 50 museums and galleries in the whole country open their doors free of charge for the event | Read more...