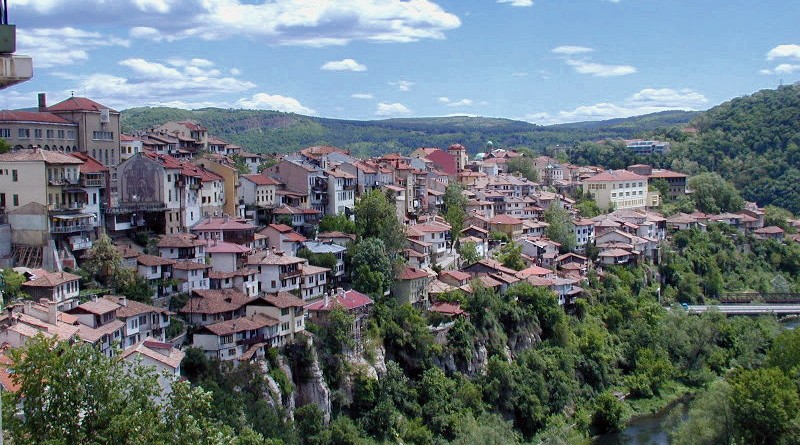 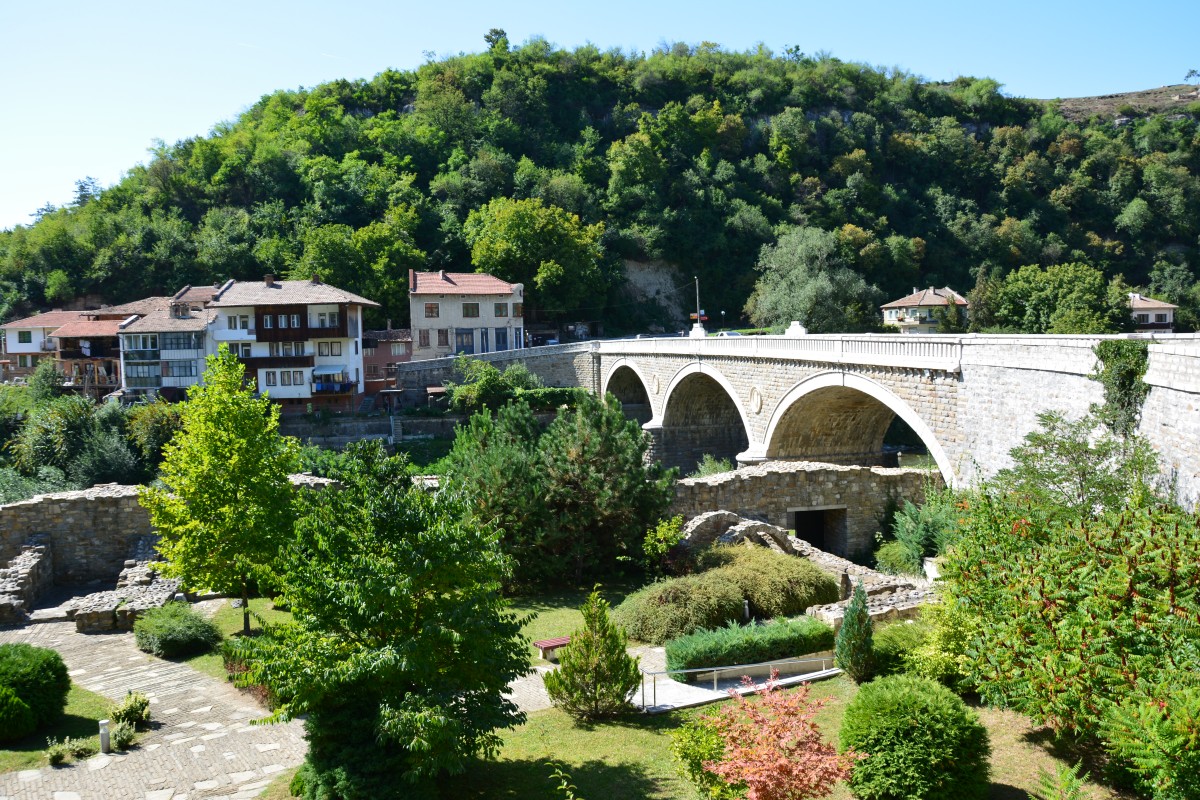 Most important sights and attractions:

Arrival to Sofia. Accommodation at the selected hotel. Overnight.

After breakfast – panoramic tour around the Bulgarian capital – an 8500 old city called “My Rome” by the emperor Constantine The Great. Visit the most fascinating places of interest: the forum of Ancient Serdica (the old name of the city) with the newest archeological discoveries from Roman time, which are exhibited next to the Bulgarian presidency.

Our tour continues with the “Alexander I” square where the Royal Palace and the National Theatre are located, “Tzar Osvoboditel” boulevard, the Parliament, the Church of ”St. Sofia” (the name means wisdom), which had given the name of the city, the Sofia University and the “Alexander Nevski” cathedral (the biggest Orthodox church on the Balkan peninsula).

Next we will visit the most remarkable object in the outskirts of Sofia, in the foot of Vitosha Mounatin. This is Boyana Church – a medieval Bulgarian Orthodox church situated in the Boyana district, near Sofia. The monument is included in UNESCO World Heritage List. The church is one of the most completely and perfectly preserved monuments of East-European medieval art. The frescoes in the church, painted in 1259, make it one of the most important collections of medieval paintings and are initiating the beginning of the European Renaissance.

In the afternoon – free time to explore Sofia by your own. Walk along through the pedestrian Vitosha Art Boulevard. This is the place in Sofia, where you can feel the spirit and live of the city. There are a lot of boutiques, shops, cozy cafes and restaurants.

After breakfast – departure to Arbanassi village. The place is famous for its ancient, richly decorated churches and magnificent architecture. It used to be a residence of the Bulgarian kings. Lunch at a local ethnographical complex, where hosts will cook delicious, homemade meals for you.

In the afternoon – departure to the old capital of Bulgaria – Veliko Tarnovo. Visit to the historical hill Tsarevets with the Fortress, the Patriarchal church and the Emperor Baldwin’s Tower. Walk along the old Trade Street – “Samovodska charshia”, where you will have opportunity to buy handmade souvenirs.

Accommodation and overnight at the selected hotel.

After breakfast – departure to Etara – a unique open-air museum, reproducing the way of life and occupation of the local people in 19th century. It is a great attraction for tourists, one of the most visited places in the country.

Set off to Kazanlak – the capital of the Rose valley and Thracian Kings.

The road to Kazanlak passes by Stoletov peak and the Shipka monument. It is a memorial to those who died for the Liberation of Bulgaria during the Battles of Shipka Pass in the Russo-Turkish War of 1877-78. You will learn more about the crucial battles held in this place, which changed the course of the war and let afterwards to the final victory of the Russo-Bulgarian army against Ottoman Empire. From the monument’s top (over 1100 m above the sea level) you can enjoy a wonderful view to North and South Bulgaria.

A city tour of Kazanlak follows. Visit the replica of Thracian Kazanlak Tomb, dating back to the 4th c. B.C. It is listed in the world natural and historical heritage of UNESCO.

In the late afternoon we will reach Plovdiv, the “City of the seven hills’’. Plovdiv is the oldest city in Europe still existing today. It was called Philippopolis in the IV century B.C. in honor of King Philip II of Macedonia. Today Plovdiv is a cultural center of Bulgaria and selected as European Capital of Culture for 2019.

Accommodation and overnight at the selected hotel in Plovdiv.

After breakfast – Walking tour of the Old Town of Plovdiv impressive with the houses-museums of the Revival period like the Ethnographical museum; the Ancient Theater, the Fortress walls, the oldest church in the city – “St. St. Constantine and Helena”, etc. We will see the Muslim temple Dzhoumaya Mosque and the Roman Stadium on the main street of Plovdiv.

After the sightseeing tour of Plovdiv we will head to Rhodopes Mounatin to visit the unique carpet factory, producing giant carpets of more than 100 m2. The clients of this small family run factory are world celebrities as Queen Elizabeth II, Mick Jagger, along with castles and huge properties’ owners from North America and Europe.

An attractive train trip in the mountain follows. The train is moving on narrow (70 cm) railway lines. You will pass through places, offering unique views of the Rhodopes Mountains.

Note: according to the actual time table of the train at the moment of travelling, the program of this day could have some changes.

After that – take off for the “Bulgarian Hollywood” – a real “El Dorado” for the fans of the photo safari. These are the villages of Kovachevitsa and Leshten. Here were shot one of the best Bulgarian historical films, which were awarded with high international prizes. The houses in Leshten are fully equipped inside. Accommodation, dinner and overnight in the unique atmosphere of the ancient houses of Leshten village – architectural reserves, where old houses from the beginning of the 19th c. are preserved.

After breakfast – you can enjoy your morning coffee in the exceptionally calm atmosphere Leshten village.

Travelling through the picturesque southern parts of Pirin Mountain to reach the most famous wine-growing regions in Bulgaria – the region of Struma River valley. Wine tasting in a famous winery in Harsovo village.

Then we descend to Melnik – the town of the sand pyramids and the smallest one in Bulgaria (once there lived some 18 000 people, and nowadays there are no more than 700-800 inhabitants). This is a unique unforgettable place. Visit of Kordopulova museum-house, which is the biggest house from the time of the Bulgarian National Revival, owed by a big local merchant.

Arrival in Sandanski – is one of the biggest SPA resorts in the country. The mountain air and the mineral water are also very good for the health – the town is in the outskirts of Pirin – the second highest mountain in Bulgaria. The mountain has about 100 peaks at an altitude more than 2000 m and is an UNESCO-protected site! Sandanski is also the birthplace of the famous in ancient times Spartacus. Accommodation and overnight in Sandanski.

Free time to enjoy the SPA facilities of the hotel or long along the city’s park and Pedestrian Street. Overnight.

Breakfast. Departure to Rila Monastery (X c.)- the biggest Bulgarian spiritual center since the Middle Ages till nowadays, included in UNESCO World Heritage List. It’s located in a picturesque mountain area. The Rila Monastery has rich collection of icons and wall-paintings. Its museum keeps a real treasure: a wooden cross of just 81 cm height, carved with 104 religious scenes and 650 figures.

Visit of the monastery and lunch at the nearby restaurant, famous for its dishes of mountain trout.

In the afternoon – return to Sofia for overnight.

After breakfast – free time. Transfer to the airport and flight back home.

Privately escorted tour prices valid for any date in 2020

Group tour prices valid for any date in 2020

Included services in the Standard tour and Guaranteed departures tour:

Included services in the Economy tour: 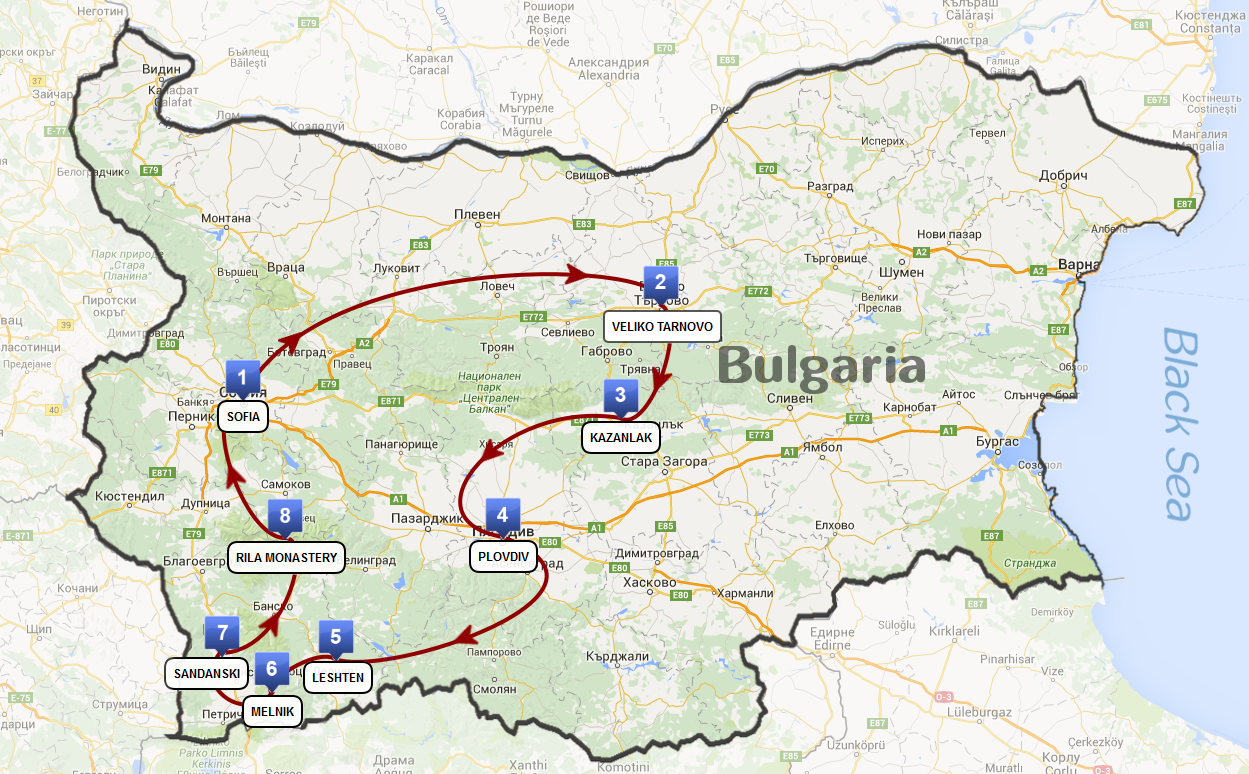