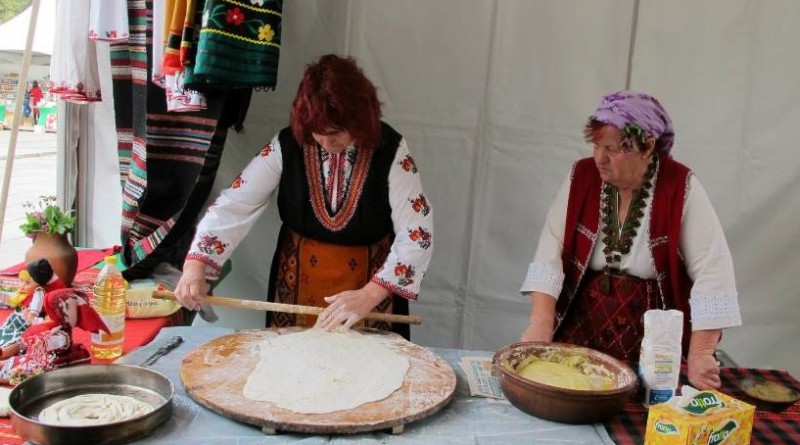 Traditions and nature tour in Bulgaria

Arrival to Sofia. Transfer from the airport and accommodation at nice centrally located hotel.

After breakfast – walking tour around the Bulgarian capital – a 8500 old city with visit to the most fascinating places of interest: the forum of Ancient Serdica (the old name of the city) with the newest archeological discoveries from Roman time which are exhibited next to the Bulgarian presidency.

The tour includes also the Alexander I square where the Royal Palace and the National Theatre are located, “Tzar Osvoboditel” boulevard, the Parliament, the Church of ”St. Sofia” (the name means wisdom), which had given the name of the city, the Sofia University and the “Alexander Nevski” cathedral (the biggest Orthodox temple on the Balkan peninsula).

Departure for the Rhodopes Mountain. The road passes by trough the extremely beautiful Vacha lake.

Accommodation, dinner and overnight in Rhodopes hotel complex in Trigrad Village, where is situated one of the most famous natural phenomenon in the region – the Trigrad Gorge. Wild River is curving amongst steep rocks, elevated over 100 m high!

After breakfast – entering in the Devil Throat Cave amongst the roar of the cave waterfall, dropping from more than 40 meters high. Afterwards follows climbing down with ropes – an alpine trolley, between the rocks of the canyon and climbing of the so called Via Ferrata (the Iron Road). This is kind of rock climbing over specially mounted iron steps up to 40 meters high. A small botanic garden is situated on the top, where 17 kinds of endemic species are planted.

Return to the hotel. At the shooting ground, everyone could test his/hers skills in shooting with bow or air gun.

After breakfast – horse riding through some of the most picturesque spots in the Rhodopes mountain. Picnic lunch in “Eagle’s eye” place, where we will admire the beautiful surrounding scenery. Visiting the Yagodina cave, the longest and the most beautiful one in the Rhodopes. Often here are making… weddings!

Short nip in the Rhodopes village of Shiroka Luka – an architectural, ethnographic and folklore reserve. Accommodation in a family hotel in the village with demonstration of producing home-made butter from a cow’s milk, as well as production of yoghurt without an yoghurt maker.

Dinner with folklore program. Everybody is welcome to join the typical Bulgarian dance “Horo”.

After breakfast – departure to Momchilovtsi. Visit the village with culinary lesson of traditional bread and yoghurt making, followed by lunch with typical local specialties.

Set off to the Wonderful Bridges – natural arches in the Rhodope Mountains. The rock “bridges” are formed due to erosion of deep water cave. Today there are two known remarkable bridges visited by tourists. After a photo stop and walk around the Wonderful Bridges, we will leave for Plovdiv – the city of the seven hills.

Accommodation, dinner and overnight in Plovdiv.

After breakfast – visit of the Ancient Plovdiv, established in IV century B.C. by the father of Alexander the Great – King Philip II. Sightseeing of the Ancient Roman Theatre, the Fortress wall, the Roman Stadium (which has been arena of gladiators’ fights), one of the most beautiful houses from the period of the Bulgarian Renaissance /ХVІІІ – ХІХ century/.

Accommodation and overnight at 3* hotel.

Breakfast. Transfer to the airport and flight back home.