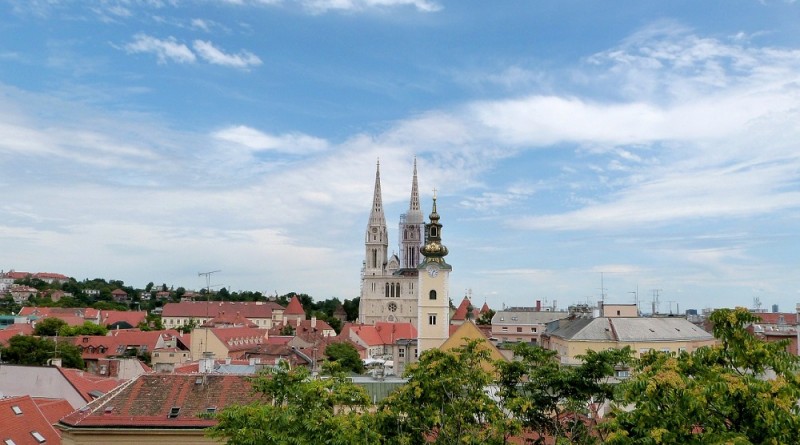 Arrival to Zagreb. Accommodation at Hotel Aristos 4* hotel (or similar). Welcome dinner and overnight in the hotel.

After breakfast – sightseeing tour of Zagreb with a local Italian speaking guide. Walking tour will lead us through the Old City including ‘Gornji Grad’ with its famous XIII century Cathedral, St. Mark’s Basilica and the King Tomislav Square.

Continue to Belgrade. Accommodation, dinner and overnight in Hotel Parg 4* (or similar)

Continue to Sofia with en route visit of Nis.

Arrival to Sofia in the late afternoon. Accommodation, dinner and overnight at Ramada Sofia 4* (or similar).

After breakfast – panoramic tour around Sofia and visit to the most fascinating places of interest: the Alexander Nevski cathedral, the St. Sofia church which had given the name of the city, the antique Roman Forum dated III-IV-th century (the time of the Emperor Constantine the Great), the quadrangle of tolerance with the temples of the major religions in Bulgaria: the Christian Orthodox, the Catholic, the Muslim and the Jewish, the square with the Royal palace, the boulevard to King Liberator, the Parliament, the National Theatre, and the historical and cultural centre of the capital.

In the afternoon – visit of the Boyana church – a medieval Bulgarian Orthodox church situated in the Boyana district, near Sofia. The monument is included in the UNESCO World Heritage List. The church is one of the most completely and perfectly preserved monuments of east European medieval art. The frescoes in the church, painted in 1259, make it one of the most important collections of medieval paintings. Next is National Museum of History with its unique collection of Gold Treasures.
Free time in Sofia. Accommodation, dinner and overnight.

After breakfast – departure to Arbanassi village, where guests will take part in the preparation of the two most remarkable meals in the Bulgarian cuisine – banitsa and yogurt. The first one (banitsa) is a type of filo pastry, a traditional food, which is a symbol of Bulgarian cuisine and traditions. The second one – the yogurt, is widely-used by the locals in daily cuisine. Some people, even in the bigger cities, still make it at home by themselves.

The culinary lesson is followed by a traditional lunch of typical local meals.

Departure to the old capital of Bulgaria – Veliko Tarnovo. Visit to the Wax museum, the historical hill Tsarevets with the Fortress, the Patriarchal church and the Emperor Baldwin’s Tower. Walk along the old Trade Street – “Samovodska charshia”.

Accommodation, dinner and overnight in Grand Hotel Yantra 4* in Veliko Tarnovo (or similar).

After breakfast – departure to Etara – a unique open air museum, reproducing the way of life of the Bulgarians in the 19th c. It is a great attraction for tourists, one of the most visited places in the country.
Set off to Kazanlak – the capital of the Rose valley and Thracian Kings. The road to Kazanlak passes by Shipka peak, where is situated the monument of the Bulgaria liberators from the 19th C. From the monument’s top, over 1100 m above sea level, there is a wonderful view to North and South Bulgaria. You will learn more details about the crucial battles, which changed the course of the Russian-Turkish war in 1877-78.

On the way to Kazanlak, in the village of Shipka we will visit Shipka Memorial Church, built in honor of to the Russian, Ukrainian and Bulgarian soldiers who died for the liberation of Bulgaria from the ottoman slavery. The church’s bell tower reaches a height of 53 m and the heaviest bell weighs 12 tons.

In Kazanlak you will visit the Historical Museum, which houses collection of bronze and gold treasures, as well the replica of Thracian Kazanlak Tomb, dating back to the 4th C. B.C. It is listed in the world natural and historical heritage of UNESCO.

Departure to Skobelevo village where we will visit the Ethnographical Complex “Damascene”, which works also as a family run rose oil distillery from more than 20 years. The hosts will show how the famous Bulgarian rose oil (used in the perfumery) is produced.

In the late afternoon we will reach Plovdiv, the city of the seven hills founded by Philip of Macedonia – the father of Alexander the Great. Accommodation, dinner and overnight in 4* hotel Ramada Plovdiv Trimontium (or similar) in Plovdiv.

After breakfast – visit of the Old Plovdiv, built in IV century before Christ from the King Philip of Macedonia. Visit to the old part of the town with the Ethnographical museum, the St. Constantine and Elena Church, the Antique Theatre and the Roman Stadium.

Departure to Velingrad, the SPA capital of Bulgaria. Before Velingrad, we will visit the only one carpet factory, producing giant carpets, which clients are world celebrities as Queen Elizabeth II, Mick Jagger, etc.

Departure for Bansko – the most dynamically developing mountain and winter resort in Bulgaria and Southeast of Europe. Before Bansko we will visit Dobarsko village and St. Teodor church with its unique wall paintings. Attend on The private concert by Dobarski babi.

Accommodation, dinner and overnight at hotel Bansko SPA and Holidays 4* (or similar).

Take off to the Rila Monastery, founded in 10th c. The biggest Bulgarian medieval spiritual centre with rich collection of icons, wall-paintings, old-printed books – some 15 000 volumes. Guided tour round the monastery. It is in the UNESCO list of world heritage.

Departure to Skopje – the capital of Macedonia for city tour with a local guide.

Accommodation, dinner and overnight in 4* hotel in Skopje Holiday Inn or similar.

After breakfast – departure to Tirana.

Panoramic sightseeing tour of the Albanian capital city Tirana including some of the historical highlights as city center, Skanderbeg statue, Et’hme bey mosque, clock tower, Italian buildings, and Martyr’s of the Nation boulevard. 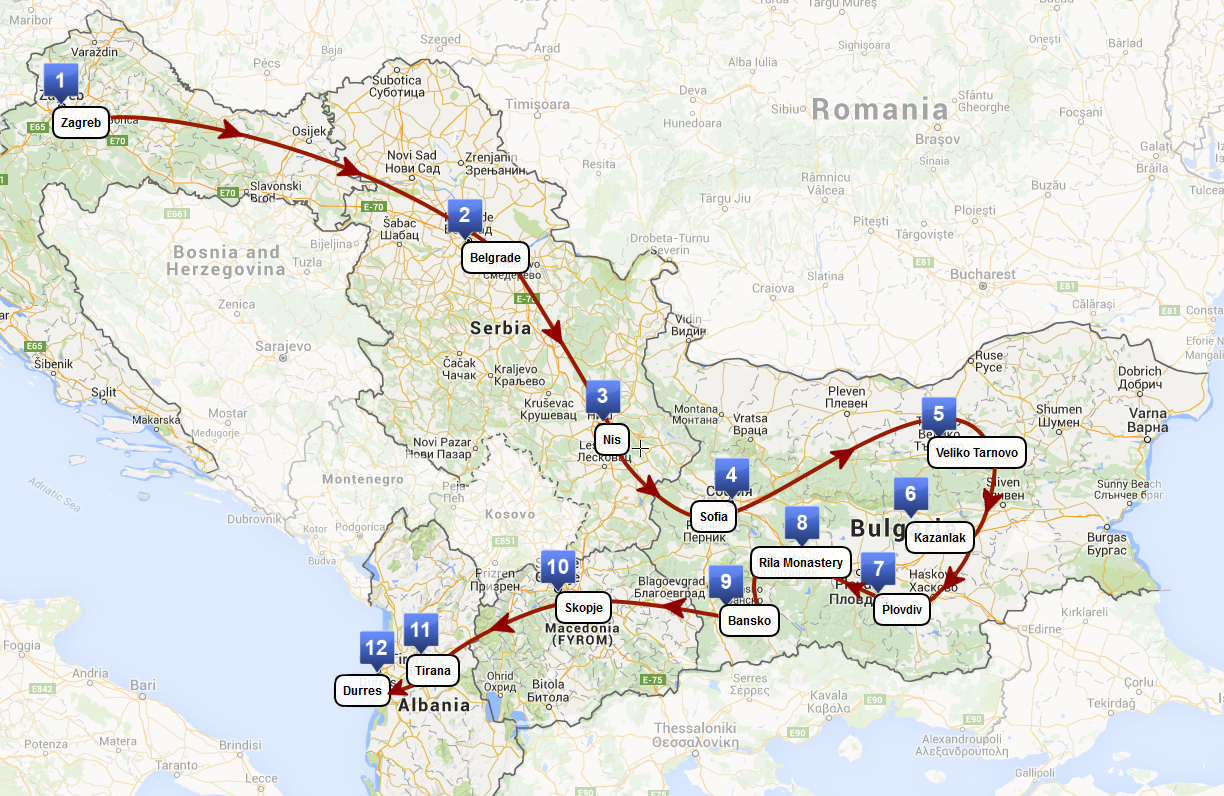